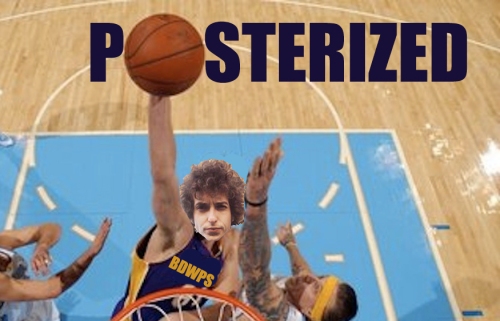 posterized n  – 1. North American slang derived from an action in the game of basketball in which the offensive player “dunks” over a defending player in a play that is spectacular enough to warrant reproduction in a printed poster  2. to be humbled, shamed, and exposed as an inferior athlete   3. a blog series on BDWPS.com that revisits various concert posters collected over the past ten years by contributor Android50

To be posterized is to be remembered – whether it be Tracey McGrady over the towering Shawn Bradley, Malik Rose humbling the finger wagging Dikembe Mutumbo, or Vince Carter shaming every unsuspecting European that got in his way during the 2000 Olympics.  The concept of being posterized began with the Airness himself, Michael Jordan, victimizing NBA rosters throughout the late 80s and early 90s. Guys like Patrick Ewing, Kevin McHale, and Hakeem Olajuwon will forever be immortalized thanks to their inclusion on iconic Jordan posters that adorned the bedrooms of every warm-blooded teenage boy between 1986 and 1993.   My childhood bedroom would be one of these many Meccas to Jordan thanks to my older brother who shared a room with me. I tried countering my brother’s yearning to be “Like Mike” with as many David Robinson posters as I could find in Northwest Iowa (as difficult as you would imagine).   I eventually held a dominate Admiral grasp on the room once my brother and his Jordan posters went off to college.

END_OF_DOCUMENT_TOKEN_TO_BE_REPLACED 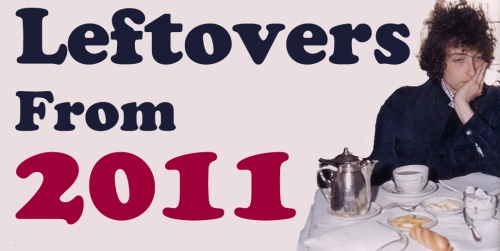 It happens every year: I post my “Top Albums of the Year” list and like clockwork, last-minute gems from the year rise to the surface.  I suppose I could go back and make changes to my list, but in the end, that defeats the purpose (believe me; if I could change my number one album from 2008, I would).  These posts are a benchmark of where I was in that time frame; trying to change the past would be dishonest and misleading.  Then again, I can’t help but let you in on some albums that probably should have made my list but were discovered after the fact.

END_OF_DOCUMENT_TOKEN_TO_BE_REPLACED

And then there were 20.  For those that have followed BDWPS.com all year (all two of you), you may see some entries on albums that look very familiar.  Instead of trying to re-invent the wheel, I decided to save myself time by simply copy and pasting my thoughts on the album from months past.  I hope this isn’t disappointing, but I am only one man and this hobby of mine can be a lot of work. Whatever way I can cut corners I will.