Just moments before sitting down to write about the best and worst of the South By Southwest music festival of last week, I found out about the death of Jason Molina, the troubled genius behind folk-blues outfits like Songs/Ohia and Magnolia Electric Company.  This news would have been unsettling and heartbreaking regardless of what I was about to embark on, but sitting here trying to write about my 10th year at the music festival, I can’t help but think back to my first year in attendance and how I got to see Magnolia Electric Company perform at The Parish.

A lot has changed since that night a decade ago when Molina first enchanted me with his fragile, somber voice. Over the years I’ve seen SXSW grow along with my understanding of the festival and all its nuances.  I think back to those performances from the first few years and wonder where the festival’s one time luster has gone. Don’t get me wrong, I still had a great week, seeing dozens of bands each day, but along with the growth of social media, SXSW has become more about the hype and less about discovering unpolished gems like my friends and I did 10 years ago with Jason Molina and his band.  Yes, Dave Grohl, Stevie Nicks, and John Fogerty played a surprise set together, as well as Prince and Green Day (badge only shows), but due to the influx of speculation and misinformation within the Twitter world, I was unable to see several shows I would have in years past due to the miles of sheep lined up in hopes of seeing MTV TRL darlings like of Usher and Justin Timberlake.

Yet as much as these moments of frustration tainted my week, I still relished my chance to see up-and-coming artists pour their hearts out on the stage.  Within the past ten years I’ve seen unknown artists perform at SXSW that went on to big time success (Bon Iver, The Fleet Foxes, and TV On the Radio), and I expect that many of the artists seen this week will go on to do just the same. Who knows? Maybe in ten years folks will be lining up for miles to see some of my favorites from this past week while I roam 6th street, 10 years older and wiser, in search of that next great unearthed treasure.

In memory of Jason Molina, I present to you my list of the best and worst of SXSW 2013. 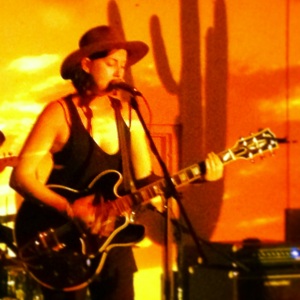 If any artist I saw last week had the same sense of honesty and passion behind their voice as Jason Molina, it was Torre’s front woman Mackenzie Scott. While Torres isn’t a “solo artist” per se, it certainly felt like one with Scott taking command of the performance with her voice that can swoop from a pained whisper to a earth shattering wail at a moment’s notice. Torres was one of the first performances I saw all week, and of any I saw, it was the one that stuck with me the most.  I purchased the band’s self-titled release a month ago and enjoyed it for its spacious, fragile songs, but on stage, the more upbeat tunes were the highlight.  It’s hard to upstage an album of produced songs on the stage, but Scott and her voice did that (and then some).

Unfortunately, I failed to video tape any shows this year, so the best I can give you is this clip of Torres performing recently (elsewhere):

I made the long trek over to Auditorium Shores to catch what would be an otherworldly performance by the Flaming Lips, and when I arrived, I was pleasantly surprised to see My Morning Jacket front-man Jim James just starting up his set.  My excitement soon turned to disappointment with the one time psychedelic blues-rock artist performing what was best suited for an easy listening station. He even at one point pulled out a saxophone to play a dreary solo over the soothing acoustic guitars. This wasn’t a Dan Bejar-like tongue-in-cheek twist on a cheesy genre; it was a one time great looking more and more like he’s lost his touch.

After Jim James redeemed himself by coming on stage to join the Flaming Lips on “Do You Realize?,” I meandered over to a warehouse called “Viceland” to catch a series of rap artists.  Vice hosted shows all week, and if the few hours I spent there on Friday were any hint, this was the place to be for a good time.  It was good vibes all around with free Gentlemen Jack and Corona, a haze of smoke in the air, and a room full of hyped-up hip-hop fans anticipating performances by Danny Brown, Action Bronson, and Ghostface Killah. Throughout each show a wall of other rap notables like Roc Marciano and Earl Sweatshirt could be seen showing support, standing stageside. The entire shore had a family feel. Who said rap is all about violence and hate?

Action Bronson amidst a sea of smoke.

This category is a bit misleading; Panache actually put together a fantastic show list with Thee Oh Sees, Mikal Cronin, Mac Demarco, and Marnie Stern, and my disappointment with the show has nothing to do with the performances. My frustration is more with the staff at the Hotel Vegas.  We arrived early for Thee Oh Sees and found our place in line, about five spots back in the wristband line. Looking over the fence while the band set up, we could see the places was about half full and knew we’d be inside in mere moments.  Five minutes soon turned into 20 minutes, and as we watched one patron leave after another, our line hadn’t moved an inch.

30 minutes in, the door man began taking money from the non-wristband line while we remained waiting. Eventually, we left in frustration due to the doorman’s lack of understanding of SXSW etiquette where people with the $180 wristbands always take precedence.  I can understand being unable to get into a Flaming Lips show or even an Emmy Lou Harris performance, but when we were denied entrance to a half empty venue for bands that aren’t nearly as popular as they should be, I couldn’t help but feel like the folks at Hotel Vegas had a vendetta against those of us who shelled out money for a wristband.

Based on the inside, you would think the Clive Bar was having a slow day…

While the actions (or inaction) of the folks at Hotel Vegas werepa frustrating, the set-up at the Clive Bar was inexcusable.  The outdoor portion of the venue was unquestionably beyond its capacity for the DTS and Slacker Showcase on Wednesday, so much so that on several occasions I had visions of Great White in my head as I squeezed between others in search of air. But you wouldn’t expect such a horrific scene if you looked at the inside bar. Two or three people could be seen casually perusing the room while bar staff sat listlessly at their post. When I attempted to enter this area to find a restroom, I was informed it was the VIP section.  When I later did locate a port-a-potty, I overheard one of the doormen venting about the “stupid owner” who didn’t want SXSW attendees “ruining his bar.” As a result, the Clive Bar provided me with one of my worst SXSW experiences in ten years.

We were at the Clive Bar to see one of my favorite bands, Akron/Family, and unfortunately, they didn’t improve the experience, to say the least. Instead of playing their brand of freak folk madness, the band played a half hour set of monotonous, never ending prog-rock.  The droning, repetitive set only heightened the feeling of claustrophobia and left me wondering if I’d ever buy another Akron/Family album again (I probably will).

Enough with the negativity, right? One of my most disappointing bands from SXSW in 2011 was Cloud Nothings, so when we went to see them perform at the Brooklyn Vegan party, I didn’t expect much. Fortunately, I was way wrong. The one time tentative, feeble band took to the stage to perform one of the most vicious, confident performances of the week.  Front man Dylan Baldi no longer looked out of place; he took on all comers growling out venom, one song after another.  I know whenever I talk about the change in Cloud Nothing’s sound, I bring up producer Steve Albini, but I couldn’t help but see a little bit of Big Black in Cloud Nothing’s performance on Thursday afternoon.

Here’s a clip my friend Sewer captured on his phone:

The only band to upstage Cloud Nothings at the Brooklyn Vegan showcase were the Canadian, hardcore, noise-rock trio METZ (that ironically sound a lot like Big Black).  I knew I’d enjoy their performance based off their 2012 self-titled debut, but never did I imagine that they’d put on such an unrelenting assault of thick distortion and volatile drums.  Singer Alex Edkins only heightened the madness with his voice constantly screaming to the edge of losing his voice, yet his rasp somehow gained more and more steam with each brutal song.  With METZ, Sub-Pop has gone full circle, returning to the distorted grunge of their early years, and nostalgia has never sounded better.

While the Brooklyn Vegan duo of METZ and Cloud Nothings certainly put it near the top of the list of favorite day parties (the free Jamison didn’t hurt either), there’s no denying that Pitchfork came with the goods this year when it comes to their day show.   When attending SXSW, there are always bands you want to see that you just don’t get around to catching (Chelsea Light Moving for me this year), but thanks to Pitchfork’s fantastic line-up, I was able to cross artists off my list like California X, Waxahatchee, Parquet Courts, Mikal Cronin, and Autre Ne Veut. There may not have been free food or beer, but Pitchfork made up for the lack of freebies with a jam-packed set list of up-and-coming bands. 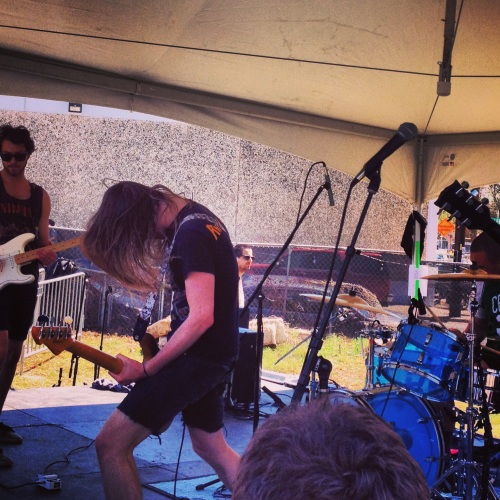 This is another misleading category because I’d listened to Autre Ne Veut’s latest album prior to attending SXSW and thought it was okay, but I did (technically) discover their talent during their performance at the Pitchfork Day Party.  The songs that sounded like rehashes on 80s r&b on the recording took on a new form when performed live. The main reason for this phoenix-rising about-face was due to singer Arthur Ashin’s stirring performance. His voice, often over-powering at times, commanded attention from all in attendance and dripped with emotion.  While I may not have seen the legendary “Artist Formerly Known As…” this past weekend, I can take comfort knowing I saw someone reminiscent of an up-and-coming young man once named Prince.

Filed under South by Southwest