Eulogy for the Sideman 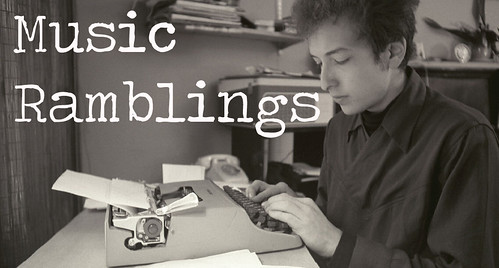 In the past couple weeks we’ve seen the passing of three unheralded sidemen: Walter Becker of Steely Dan, Holger Czukay of Can, and Grant Hart of Hüsker Dü. These three stalwarts played integral parts in the success of their influential bands yet were often underappreciated for their contributions. I’ve felt more and more disappointed by the coverage of each legend’s passing, feeling like they aren’t getting their due simply because they opted to remain in the shadows rather than bask in the spotlight. At the very least, I’d like to take a moment and pay my respects to three silent assassins whose impact can still be heard in music today.

Let’s be honest – Steely Dan would have never broken into the mainstream in today’s landscape of pretty faces and ghost songwriters. For one, the band is a bit of a rag tag crew (I get a kick out of watching old clips of them perform on YouTube, resembling a Dungeon’s & Dragons meeting more than a rock and roll band). Secondly, the band’s blend of jazz tinged rock and wry lyrics is probably a bit too highbrow for the era of Drake and Swift. Despite never being your quintessential rock band, Donald Fagen would begrudgingly be the face of the band, his voice often center stage.

Fagen’s contributions to the band’s output is inarguable, but he wasn’t the only wizard standing at the cauldron. For one, Becker’s guitar work might be some of the most underappreciated fret work of the 70s, smoothly moving from augmented jazz chords to atmospheric melodies in the blink of an eye. A major component of Steely Dan’s lyricism is the dark humor found within their songs, and from what has been revealed in interviews, Becker was the cynic, evening out Fagen’s hopeless optimism. Steely Dan guitarist Denny Dias once said of the two songwriters, “Lyrically, Walter’s got that biting edge. Donald’s not nearly as sarcastic.” You’d be hard-pressed to find a Steely Dan song that doesn’t contain Becker’s prickly bite and understated drollery. Up front, I should concede that Holger Czukay wasn’t necessarily a sideman, but it could be argued that the band Can never really had a frontman, instead being a vision shared by Czukay and Irmin Schmidt with a cast of players filling in the gaps over the years. Then again, anyone who takes up the role of bass player in a band is likely to be seen as the second fiddle. Much like Becker, Czukay was a student of music theory, studying classical music in his youth and experimenting with the possibilities of guitar based music soon after.

Bass players are underappreciated in general, but I’d argue that Czukay is one of the most important bassists of the 70s, his electric bass explorations balancing between a droning wall of warmth and looping upper octave tidal waves that will send your head into vertigo. Czukay described his role in the band best: “The bass player’s like a king in chess. He doesn’t move much, but when he does, he changes everything.”

Since I live in the Twin Cities, the lack of outpouring of reverence and support for Grant Hart after his death has been the most disheartening. The Cities are still mourning the death of Prince with there even being talks of replacing the Christopher Columbus statue at the capital with a statue of The Purple One. But when it comes to the death of Grant Hart, drummer and founding member of legendary punk trio Hüsker Dü, there has been little in the way of appreciation. I guess I understand why – he’s always played sideman to the more well-known Bob Mould in a band that is more revered now than at the height of their punk rock brigade in the 80s. The rift between Mould and Hart is common knowledge at this point, but I’ve always found Hart’s contributions to the band (and his solo work) to be more infectious, cutting, and heartfelt than anything Mould has offered up over the years.

No, I don’t expect the Twin Cities to erect a statue of Grant Hart, but I would argue that his impact on the music world rivals that of Prince. While Prince was gracing the silver-screen and awards show stages, Hart was sweating it out at 7th Street Entry, his drum sticks pounding out the heartbeat to a Minneapolis indie scene that still thrives today and would go on to influence bands like Nirvana, the Pixies, and Green Day. Prince was undeniably a star of the like we will never see again in our lifetime, but Hart is a better representation of the Twin Cities – hardworking, uncompromising, and modest. He was no rock star; he was one of us.

One response to “Eulogy for the Sideman”