The Oscars: An Off-Key Affair 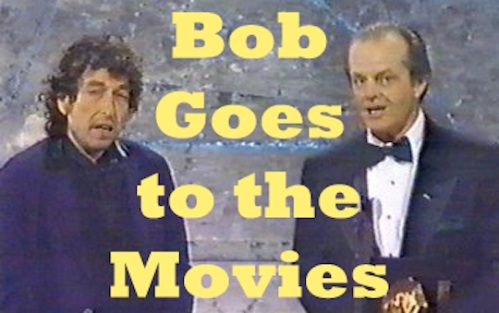 How horrible were the Oscars this year? Whether it be the corn-ball jokes of Billy Crystal, the non-stop feedback emanating from the microphone throughout every speech, or the shoddy production value within the montages – it all added up to what resembled a poorly managed dress rehearsal.  And what was the point of all the interview clips with actors and actresses telling us why they like movies? With a show that went 40-minutes over time, these seemed unnecessary and a bit demeaning (do we really need to be told why we like movies?).

END_OF_DOCUMENT_TOKEN_TO_BE_REPLACED

Filed under Bob Goes to the Movies

Video Clip of the Week: Elliott Smith at the Oscars

With the Academy Awards tonight, I thought I’d post my all-time favorite Oscar moment. No, it’s not when Roberto Benigni acted like a raving lunatic, nor was Bjork and her swan dress. For me, a moment that I will always remember is when Elliot Smith graced the stage and performed his Oscar nominated song “Miss Misery” from the “Good Will Hunting” soundtrack. He would go on to lose to Celine Dion for the schmaltzy “My Heart Will Go On”.

On that night back in 1997, I first discovered Elliot Smith.  For a small town Iowa boy, an artist like Elliot was a complete unknown. But that night, watching him up on the stage, voice warbling, guitar squeaky, vulnerable and exposed, I fell in love with Elliot and his music.   Elliot’s music led me in a new direction, not only in my musical taste but in life, and his songs would be the soundtrack to my confusing college years. Fortunately I got to see Elliot perform in Austin just months before his eventual suicide.

It’s crazy to think that one Oscar performance could shape my life so much. Who knows, maybe a performance tonight by Gwenyth Paltrow, Randy Newman, or Dido will have the same impact on some teenager lost out in the midwestern cultural vacuum, but I doubt it.